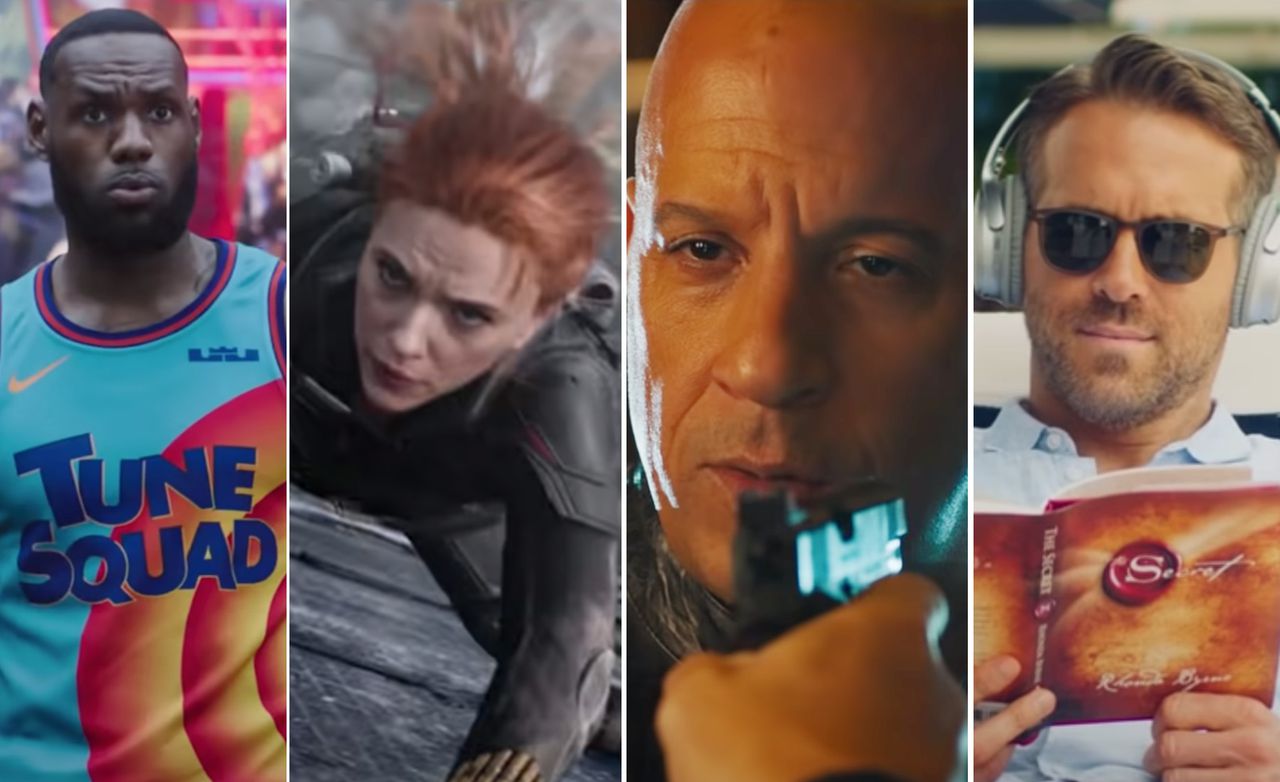 Grab some popcorn (and a mask), it’s time to go to the movies.

The summer movie season is officially here, with the usual mix of superheroes, reboots, sequels and family-friendly films — plus a large number of horror flicks that will remind you why it’s more fun to watch with a crowd. Most theaters have reopened after last year’s coronavirus shutdown, including Regal Cinemas and AMC Theatres locations across Upstate New York, the Movie Tavern in Camillus, the Hollywood Theatre in Mattydale, the Manlius Art Cinema, the Finger Lakes Drive-In, the Auburn Movieplex, and now the Midway Drive-In.

Keep in mind, movie theaters in New York state still have social distancing rules in place, so capacity is limited. Even if you’re fully vaccinated, face masks are required except when seated and eating or drinking. Hand sanitizers and other Covid-19 safety measures are also in place.

Movies currently in theaters include the new “Spiral: From the Book of Saw”; “Mortal Kombat”; “Wrath of Man” (starring Jason Statham, Josh Hartnett and Syracuse native Post Malone); Angelina Jolie’s “Those Who Wish Me Dead”; ‘Godzilla vs. Kong”; Disney’s “Raya and the Last Dragon”; “Nobody”; “Here Today”; and the romantic drama “Finding You” (starring Syracuse University alumnus Tom Everett Scott).

But there are plenty of blockbusters on the way, including Disney’s “Cruella,” the Upstate New York-shot “A Quiet Place Part II,” Marvel’s “Black Widow,” James Gunn’s “The Suicide Squad,” the Aretha Franklin biopic “Respect,” the CNY thriller “The Night House,” Dwayne Johnson’s “Jungle Cruise,” and “F9″ (a.k.a. “Fast and Furious 9″).

See the full list of movies coming out this summer, along with release dates and trailers. (Note: Some videos may contain disturbing content not suitable for younger audiences.)

“Spiral: From the Book of Saw” (May 21) — Chris Rock and Samuel L. Jackson star in this new take on the “Saw” horror films.

“Cruella” (May 28 in theaters and on Disney+) — Emma Stone stars as a younger, punky version of “101 Dalmations” villain Cruella de Vil in this live-action Disney film.

“The Conjuring: Devil Made Me Do It” (June 4 in theaters and on HBO Max) — Syracuse University alumna Vera Farmiga and Patrick Wilson return as real-life paranormal investigators Ed and Lorraine Warren.

“Samaritan” (June 4) — Sylvester Stallone plays a superhero who’s been missing for 20 years. Trailer not yet available.

“Peter Rabbit 2: The Runaway” (June 18) — James Corden returns as the voice of the animated bunny from Beatrix Potter’s stories.

“Zola” (June 30) — A viral Twitter thread inspired this story of a stripper on a wild road trip.

“The Forever Purge” (July 2) — The fifth and final movie in “The Purge” series.

“Space Jam: A New Legacy” (July 16 in theaters and on HBO Max) — NBA superstar LeBron James teams up with Bugs Bunny and the Looney Tunes for a sequel to Michael Jordan’s 1996 live-action/animation hybrid sports classic.

“Old” (July 23) — M. Night Shyamalan weaves another mysterious thriller about a cursed beach that ages you.

“Jungle Cruise” (July 30) — Emily Blunt and Dwayne Johnson star in the adventure fantasy film based on the Disneyland ride where a riverboat travels through a supernatural jungle.

“The Green Knight” (July 30) — Dev Patel stars in this medieval tale of King Arthur’s nephew on a quest.

“Respect” (Aug. 13) — Jennifer Hudson plays Aretha Franklin in this biopic about the Queen of Soul.

“The Night House” (Aug. 20) — Shot in the Syracuse area, this psychological horror film stars Rebecca Hall as a widow haunted by a presence in the lakefront home he built for her, along with strange and disturbing secrets. (Note: Release date moved to August after originally being set for July.)

“Paw Patrol: The Movie” (Aug 20) — A CGI animated movie based on the children’s TV show about rescue dogs. Trailer not yet available.

“Reminiscence” (Aug. 20 in theaters and on HBO Max) — Hugh Jackman, Rebecca Ferguson and Thandiwe Newton star in this sci-fi thriller about a who scientist discovers a way to relive your past and uses it to find his long lost love.

“The Protégé” (Aug 20) — Samuel L. Jackson, Maggie Q and Michael Katon star in this tale of the world’s deadliest assassin who vows revenge after the man who taught her everything she knows is killed.

“The Beatles: Get Back” (Aug. 27) — Peter Jackson’s documentary shows the fun side of the Beatles’ final album, “Let It Be.”

“Shang-Chi and the Legend of the Ten Rings” (Sept. 3) — The Marvel Cinematic Universe’s Phase 4 continues with master martial artist Shang-Chi (Simu Liu) and a cast that includes Awkwafina, Michelle Yeoh and Florian Munteanu.

Note: All release dates are subject to change.

And if you’re looking for previously announced movie releases that have changed, films rescheduled for 2022 include Cruise’s “Mission: Impossible 7″; the Spider-Man spinoff “Morbius” (starring Jared Leto); Kenneth Branagh’s return as Hercule Poirot in “Death on the Nile”; Baz Luhrmann’s Elvis Presley biopic starring Austin Butler with Tom Hanks as the King’s manager Tom Parker; the new “Despicable Me” prequel “Minions: The Rise of Gru”; and Tom Holland and Mark Wahlberg’s adaptation of the video game “Uncharted.”

‘The Ultimate Playlist of Noise’: How Syracuse shaped new movie out now on Hulu