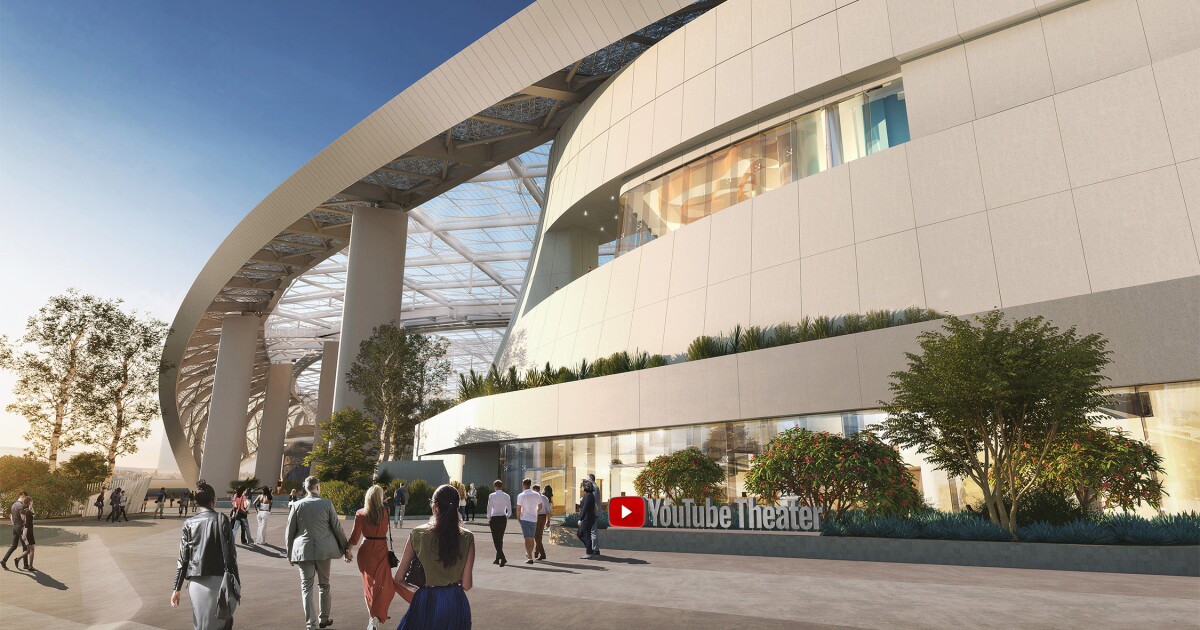 YouTube, the Google-owned division known for its vast online video library, is lending its name to a 6,000-seat performance venue in Inglewood.

The theater is part of a 10-year naming rights agreement between YouTube and Hollywood Park, an Inglewood development backed by Los Angeles Rams owner Stan Kroenke. Financial terms of the agreement were not disclosed.

“YouTube Theater will drive the uniqueness of YouTube by combining physical, ‘in real life’ events that bring creators and fans together, while simultaneously sharing that same event experience with our two billion global monthly users through livestreams and VOD content,”Angela Courtin, YouTube’s vice president of brand marketing, said in a statement.

YouTube Theater will help the company continue to build brand awareness in the community at a time when YouTube faces rising competition from social media rivals such as TikTok and free ad-supported streaming services that are jockeying for consumers’ attention.

In recent years, Google has expanded its presence in Southern California, opening an office inside the Spruce Goose hangar. Part of the complex also includes soundstages for productions.

YouTube, once seen as a pariah in Hollywood, has worked to change its image by working closely with media companies to help them market their movies and shows. During the pandemic, YouTube’s viewership skyrocketed, as late-night show hosts turned to the video-sharing site to film themselves at home and performers hosted live-streamed events when productions and venues were closed.

The three-story, 227,000-square-foot theater is part of Hollywood Park, a roughly 300-acre complex in Inglewood. The theater will have a large exterior video screen that will feature content by YouTube creators and artists.

Hollywood Park said it has a multiyear booking agreement with Beverly Hills-based concert promoter and operator Live Nation. Musical artists including rapper Pitbull, singer Marina and soul funk duo Black Pumas will perform at YouTube Theater this year or next year, according to a statement from Hollywood Park and YouTube.

YouTube Theater has sold out Live Nation concerts, including a Sept. 11 performance with family band Los Ángeles Azules; and March 12 and 13 shows with singer-songwriter Louis Tomlinson, known as a former member of boy band One Direction. The first Live Nation show revealed at YouTube Theater is a concert by Mexican band Caifanes on Sept. 4.

“When he set out to build YouTube Theater, Stan Kroenke envisioned an intimate, world-class venue that exemplified three core aspects: technology, creativity, and entertainment,”Jason Gannon, managing director of SoFi Stadium and Hollywood Park, said in the statement. “We cannot imagine a better partner to help us bring this vision to life than YouTube.”

It is all about business